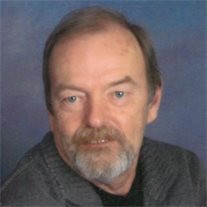 Jon Edward Wille, 66, passed away Sunday, January 3, 2016 at Mercy Medical Center in Des Moines, Iowa.Jon was born October 28, 1949 to John Jr. and Peggy Wille at Saint Joseph Mercy Hospital in Fort Dodge, Iowa. He grew up in Fort Dodge and graduated from Barnum High School in Barnum, IA and later attended Austin Community College. Jon served his country as a Lance Corporal with the U.S. Marine Corps Air Wings from 1968 to 1972, during the Vietnam War. In 1973, he married his wife, Nancy McDermott and they had a son, Jeremy, in 1976. After living in southern Minnesota for a few years, they built their home in Ankeny in 1983. He worked for the Union Pacific Railroad for more than 20 years before retiring in 1995.Jon was passionate about our country's veterans and worked tirelessly on political and social fronts to help them. In 2012, Jon was appointed by Governor Branstad to the Commission of Veterans Affairs. He was a volunteer at the Des Moines V.A. Hospital where he drove hundreds of patients to their appointments in Iowa City and Omaha. When he wasn't pursuing veteran causes, you could find Jon cheering on his grandkids in all things and rarely missed their events. He loved his family, dogs, boating and especially spending time with his grandchildren. Those left to cherish his memory are his wife of 43 years, Nancy Wille of Ankeny, Iowa; son, Jeremy (Sara) Wille of Ankeny, Iowa; grandchildren: Jack, Ava and Ryan; mother, Peggy Wille of Fort Dodge, Iowa and sister, Kim (John) Horrell of Fort Dodge, Iowa.In death Jon rejoins his father, John Wille Jr. The family will greet friends from 6-8 p.m. Thursday, January 7, 2016 and funeral services will be held at 10:30 a.m. Friday, January 8, 2016, both at Saylorville Church (6429 NW 6th Dr., Des Moines, IA 50313). Interment with Military Honors will be at Highland Memory Gardens.Memorial contributions may be directed to the Disabled American Veterans. Cemetery Details Highland Memory Gardens Cemetery One Northeast 60th Avenue Des Moines, IA, 50313-1499 Visitation JAN 7. 06:00 PM - 08:00 PM Saylorville Church 6429 NW 6th Dr. Des Moines, IA, US, 50313 [email protected] http://www.saylorvillechurch.com Service JAN 8. 10:30 AM Saylorville Church 6429 NW 6th Dr. Des Moines, IA, US, 50313 [email protected] http://www.saylorvillechurch.com

The family of Jon Edward Wille created this Life Tributes page to make it easy to share your memories.

Send flowers to the Wille family.