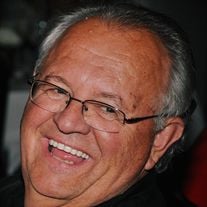 Pastor John Allen Colyer, 64, of Ankeny went home to be with the Lord on Saturday, April 18, 2015 while doing missionary work in Lusaka, Zambia. John Allen Colyer was born on June 25, 1950 to James and June Colyer in Cincinnati, Ohio. He was born again at 12 years old by trusting in Christ as his personal Savior. John attended New Richmond High School where he excelled in math, music (piano and brass) and baseball. He continued his love of baseball throughout his life with the Cincinnati Reds being his home team. In his church youth group he began to feel God tugging at his heart to someday be in ministry. After training at Cedarville College in Ohio and Baptist Bible College in Pennsylvania, he began camp ministry at High Point Camp and music ministry in the church. He touched many lives as a youth pastor in Painesville, Ohio; Calvary Baptist, Lancaster, Pennsylvania; and Calvary Baptist Church, Lansdale, Pennsylvania. He attended Tennessee Temple University and Calvary Baptist Seminary, achieving a Master of Divinity degree. Teaching the Word of God was a passion for John and he influenced many students at Pillsbury Bible College, Owatonna, MN and Faith Bible College, Ankeny, IA and several Christian schools. He pastored at Valley Baptist Church in Pennsburg, PA and was the Christian Education Pastor at Grace Church, Des Moines. Most recently he pastored Ankeny Free Church, Ankeny, Iowa. Missions was always on John's heart and mission trips to several countries were taken. John was a down-to-earth minister who could make the Word of God alive and applicable to daily life. He made himself available to countless young men as a mentor. His main desire was to see people come to trust in Christ as their personal savior.He married Judie Foster on May 26, 1973 in Toledo, Ohio. They have four sons and daughters in law: Jonathan and Haverlee, Joshua and Jenise, Adam and Kayla, and Aaron and Bria. John so enjoyed his eight grandsons and one granddaughter: Caleb, Kietlyn, Bennett, Dawson, Landon, Channing, Aben, Grayson and Bo. The night before he left for Zambia, he held Bo, 2 months, (in the NICU) for the first time.John was known for being loud, his contagious laughter, an easy man to talk to, mower rides for his grandkids around the neighborhood, and his preaching and teaching. When the garage door went up and the grandkids were home, a lot of little voices yelled "Poppy's home!" Their favorite place to be was on his lap. He was a faithful and loving husband. John and Judie enjoyed 42 years of joys and sorrows, laughing, inside jokes, and memories that are treasured by her. He went to heaven from Lusaka, Zambia, where he had been many times. There he taught and encouraged many students and pastors at the International Bible College with Gospelink. Also left to cherish his memory are his mother, June Marilyn Colyer, brothers Jimmy (Judy) and Joe, and sister Phyllis Glass (Gary). In heaven, John joins his dad, James Ansel, and his daughter Heather Anne as they realize what true life is.The family will greet friends from 4:00 to 8:00 p.m. Friday, May 1, 2015 at Ankeny Free Church (118 NW Linden St. Ankeny, IA 50023). A Celebration of Life will be held at 1:00 pm., Saturday, May 2, 2015 at Grace Church (4200 E 25th St, Des Moines, IA 50317). In lieu of flowers, memorial contributions may be directed to Ankeny Free Church.

Pastor John Allen Colyer, 64, of Ankeny went home to be with the Lord on Saturday, April 18, 2015 while doing missionary work in Lusaka, Zambia. John Allen Colyer was born on June 25, 1950 to James and June Colyer in Cincinnati, Ohio. He was... View Obituary & Service Information

The family of Pastor John Allen Colyer created this Life Tributes page to make it easy to share your memories.

Pastor John Allen Colyer, 64, of Ankeny went home to be with...

Send flowers to the Colyer family.