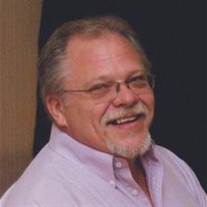 David Lee Armington Jr., 57 of Centerville passed away on November 30, 2019 at his home. David was born to David Sr. & Karen (Loy) Armington-Neuman on November 17, 1962 in Des Moines. David received his education from Hoover High School, graduating in 1981. He would later graduate from DMACC with Associates in Health Services Administration. On April 14th 1990, David was united in marriage with Valerie Krahl in Ontario, California. To this union were four children: Zachary, Taylor, Anthony and Jared. David worked as a Healthcare administrator throughout the metro and southern lowa for nearly 30 years, beginning and ending with the Golden Age Care Center in Centerville. He was extremely passionate about the residents and the nursing home family. In his spare time, David enjoyed boating at Rathbun Lake, watching Hawkeye Football, and listening to his eclectic array of music. David held a love for sports. Some of his fondest moments were spent coaching the children of the Centerville community in both Little League and Babe Ruth. David inspired those whom he spent his time with, both in his professional and personal life. He enabled and provided for many, as if they were his own family. Survivors include his wife, Valerie Krahl-Armington, children: Zachary Armington (Betsy), Taylor Black (Schuyler), Anthony Armington, Jared Armington, mother, Karen Armington-Neuman, sister, Kimberly “Kermis” Armington, father-in-law, Paul D. Krahl Jr. and numerous extended family. He was preceded in death by his father, David Lee Armington Sr. and his mother-in-law, Joanne Krahl. A Celebration of life gathering to share memories will be held at The District Venue - 1350 SW Vintage Pkwy, Ankeny, IA 50023 from 9:30 – 11:30 am, Saturday, December 7, 2019 under the direction of Ouellette, Pierschbacher, Thomas Funeral and Cremation Care - Ankeny. Local arrangements were handled by Thomas Funeral Home in Centerville. Memorials may be given to the family. Flowers may be sent to 722 S. Ankeny Blvd prior to the celebration. Any monetary gifts will be donated to the following communities; Golden Age Care Center and Westview Care Center activity funds, Appanoose County Baseball, and the Centerville Concert Association. Condolences may be shared at www.thomasfh.com, www.optfuneral.com or facebook.com/thomasfuneralhome.

The family of David Lee Armington created this Life Tributes page to make it easy to share your memories.

David Lee Armington Jr., 57 of Centerville passed away on November...

Send flowers to the Armington family.